Call for an appointment or visit during community events. Preview the Gallery space via our virtual tour! Join us each quarter for the artist’s reception and open house to meet these talented individuals and find out how LOOM has gotten involved in the local arts community.

Stay on top of these events on our Facebook events page!

Shaun Cassidy was born in Carshalton, England in 1966. He studied sculpture at Norwich School of Art, Norfolk, UK, receiving a BA (HONS) in 1988. In 1988 Cassidy worked as a studio assistant for British sculptor Sir Anthony Caro. In 1991 Cassidy finished his graduate studies in sculpture at the University of Alberta, Canada. Cassidy’s sculpture has been exhibited extensively throughout the U.S.  He has exhibited at Socrates Sculpture Park, NY, Franconia Sculpture Park, MN, Forum for Contemporary Art in Saint Louis, the Columbia Museum of Art, SC, and at the DeCordova Museum, MA. In 1995 Cassidy exhibited five large- scale sculptures at the Museum of Contemporary Art in Marseilles, France.

He has been awarded residencies at over ten venues including The McDowell Colony, NH, Djerassi Resident Artists Program, CA, McColl Center for Visual Arts, NC, and Sculpture Space, NY. His work has been reviewed and featured in Art in America, New Art Examiner, The Wall Street Journal and The New York Times. Currently Cassidy is a Professor of Sculpture at Winthrop University, Rock Hill, SC. In 2006 Cassidy was named Kinard Teaching Professor of the Year at Winthrop University.

At the Galler@LOOM, you will have the opportunity to view two collections of his 2D works! Additional exhibits in the Studio building include recent Winthrop photography graduate Marisa Fields-Williams, local live music photographer Darlene Cunnup, and art educator Jessica Calloway.

Michael Patterson has lived in Charlotte, NC since 1993.  He graduated with a BFA in Photography and Painting from Louisiana Tech University in 1980. The past years have become a prolific creative period after construction of his studio in 2014.  The studio setting provided traction and a haven for experimentation. Collectively texture, movement, tension, and color allow a fluidity towards the indefinable feeling when a composition feels finished.
Paint.  It is straightforward with a unique smell. It’s quiet. Dry. With a cold character. I often paint with my hands giving me an ability to blend groups of colors with depth and volume or ever so thinly. Compounded color provides texture in the 2D world I live in professionally as a painter and video editor. I intend for my paintings to become enrichments in my own journey toward appreciation of the arts. I wish for an individual to connect with a painting that provokes and maintains the initial reaction when first viewed. But mostly I want you to appreciate the process so your investment will continue to be endeared.

Additional exhibits in the Studio building by Darlene Cunnup, Jessica Calloway as well as student work from  Winthrop University Union of Student Artists.

Melissa Herriott’s exhibit at LOOM Coworking is an eclectic mix of her two favorite mediums… acrylic and ink. Her paintings celebrate her love for nature, travel, and adventure. They are all, in their own way, inspired by the elements. Melissa  is a former exhibitor in the Studio Building. This exhibit celebrates her development  and broadening of exposure over the last couple of years. LOOM is proud of the advancement of all our featured artists! Melissa’s work can be found all over Charlotte and beyond. She works one-on-one with clients to create custom commission pieces.

Join us for the quarterly reception June 20th, 2020 during the downtown Peach Jam!

Foozhan Kashkooli is a multidisciplinary artist who employs colors, forms, and shapes to create large scale abstract paintings and site-specific environmental installations. Kashkooli received her M.F.A. degree from Winthrop University and her B.A. from Queens University of Charlotte.   As an artist, she has worked with many different mediums such as metal sculpture, intaglio, film and digital photography, painting, and installation.

Her inspiration for her work comes from music, nature and the evocation of memories.  Foozhan is currently working and living in Charlotte North Carolina.

Additional exhibits in the Studio building by Tina Ruark-Baker, as well as student work from Catawba Ridge and Fort Mill High School

Jonay Di Ragno expresses everyday life subtleties through the act of painting.  Extending out of the abstract expressionism  movement, his work speaks of the human experience (such as pleasure, tension, and gratitude).  Di Ragno respects and welcomes the sensorial effects entailed in painting, so his colorful formations result from the integration of inspiration, light play, and the material condition of paint—tint, texture, smell.  His work often elicits movement, inviting wonder in the viewer.

A mainly self-taught painter, Di Ragno received art schooling at the Escuela de Artes Plasticas in San Juan, PR (2000-2004).  He enjoys learning about art history.  His work is influenced by that of Gorky, De Kooning, Vicente, Picasso, Rothko and CY Tombly but mostly painting with his own brush.

Additional exhibits in the Studio building by Tina Ruark-Baker, as well as student work from Catawba Ridge and Fort Mill High School

For Spring-Summer 2019, The Gallery@LOOM highlights two artists who have been greatly influenced by their international travels and heritage.

Tina Alberni’s bilingual and bicultural upbringing weaves into the fabric of her art. She is of Cuban heritage, lived in Bogotá, Colombia and returned to the United States in her late teens. Alberni has been practicing as an artist, administrator and teacher in the visual arts field since the early 1990’s. Throughout Alberni’s work you will find a spectrum of medium and techniques where she fuses materials to join narratives, and uses geometry, color and symbolism to give order to her work.

Jean Cauthen grew up in Naples, Italy, New Orleans and the Carolinas and currently works in the Charlotte area. During her time in Moscow, Jean Cauthen designed theater sets for a  NC production of “Dark of the Moon.”   She has recently been granted month-long residencies in Paris, Ireland and Italy where her paintings are in private collections. Her work is distinctive for its vivid but complex color relationships and joie de vivre.  Beneath the color lies references to past artists, eras and movements, adding layers of meaning to her illuminated colors.

Additional exhibits in the Studio building by Molly Partyka, as well as Sydney Welch and Marianna Balcerzak of FM High School.

Terry Thirion produces her work in her studio in Charlotte or creates works on the edge of the Laurel River in Hot Springs, NC. She grew up in Belgium among farmlands and spent a lot of time at building worksites since her father was a master stone carver. Exposed to sculpting and gothic art from an early age and these influences are reflected in her shapes and forms. “I attempt to convey our relatedness as human/spiritual beings to all living things. I want to transport the viewer into my worlds and hope to evoke an emotional response.”

Leonor Demori was born in Caracas, Venezuela and currently lives in Charlotte, NC. Before moving to Charlotte, she lived in Caracas and in Washington DC. She received her Bachelor in Fine Arts degree from Winthrop University, and also holds a BA in Business and a Masters degree in Business Administration (MBA). After several years of a successful career in international finance, Leonor decided to pursue another profession in the arts, converging her passion for both areas. In her studio she has defied a new process of photography-based dynamic painting, creating rich, geometrical compositions.

Exhibits in the Studio building include Kathryn Waller and FM High School.

Sharon Dowell is a painter with a focus on works on canvas, murals and large public art including three CATS Transit projects in Charlotte. She has held residencies worldwide and is involved in many local arts and charity organizations. Sharon believes in removing the intimidation factor from art that so many people in our society experience. Art in public spaces becomes embedded in one’s sub-conscious, a part of daily life that one embraces without contemplation. She feels it is important for her work to serve as a vehicle to give back and shape communities for the better.

This exhibit (in the Gallery as well as adjacent spaces) was the product of local practicing architects and designers Kevin Marion, Becca Bellamy and John Komisin. Their primary discipline, their bread and butter, lies in the applied arts, while their heart and inspiration lives in these pieces they have created On The Side.

The difference between applied art and fine art is purpose. Applied art is tailored for functionality, or in other words, the design meets a practical purpose; its used for something. While, on the other hand, fine art may solely be for aesthetic, visual purposes.

Eric Demski‘s paintings feature divine, accidental and unexpected connections. They combine unrelated aspects leading to surprising analogies. By applying abstraction, he creates intense personal moments masterfully created by means of rules and omissions, acceptance and refusal, luring the viewer round and round, in circles.

In the spring of 2017, Baxter Mill Archive and Springs Creative announced the acquisition of the internationally known Ilene Danchig Studio, Documentary Textiles Archive which features more than 100,000 unique pieces which merged with existing Archive, a collection of more than 400,000 fabric swatches, antique documents and books and hand-painted artwork from around the world. Baxter Mill Archive is now one of richest and most diverse textile archives in history.

Also on display are works in the coworking lounge by Jessica Calloway and Melanie Schroepfer. In the Studios@LOOM, our new expanded facility, works were on view from multi-media local artist, Roxi Tolbert. 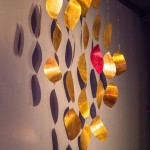 Since graduating from Art College in Scotland in 1972, Marge Loudon Moody has continued to develop her work in painting, drawing, collage and mixed-media. She describes her work broadly as being landscape-based. Her work varies in size from very small drawings and paintings to large works.

Marge has been a Professor of Fine Arts at Winthrop University since 1988, and completed a residency at McColl Center for Visual Art in Charlotte, NC, and at OBRAS – Portugal in 2015. She has exhibited her work in Great Britain, Washington D.C., New York, winning a one-person juried show there in 2015 (FRONT Art Space in Tribeca), and in various galleries in the southeastern US. Her work is part of many private and corporate collections including the South Carolina State Art Collection, the Medical University of SC Collection, Williams and Fudge and the Winthrop University Collection.

Our Fall 2016 exhibit was a juried K-12 York County Public School Art Teachers Exhibit shown as a thank you for all the work that they do.

As part of this exhibit, we compiled a video from local high school and college students describing why they love and have been effected by their art teachers.

LOOM received the ACYC grant for our York County K-12 Public Art Teacher Exhibit in August! Support for this project is provided by the Arts Council of York County Small Grants Program, the John & Susan Bennett Memorial Arts Fund of the Coastal Community Foundation of SC, & the SC Arts Commission, which received funding from the National Endowment for the Arts. Thank you ACYC for your support and encouragement!!! 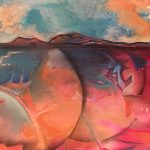 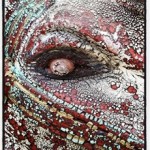 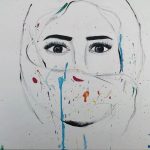